Chat with us, powered by LiveChat

Please note - All prices are inclusive of GST and not all items are stock items, if you require an immediate solution please contact us today.

The Hanna Instruments HI99151 is a durable, waterproof, and portable pH and temperature meter designed specifically for beer analysis. Automatic calibration is performed at one or two points with two sets of buffers. All calibration and measurement readings are automatically compensated for temperature variations. 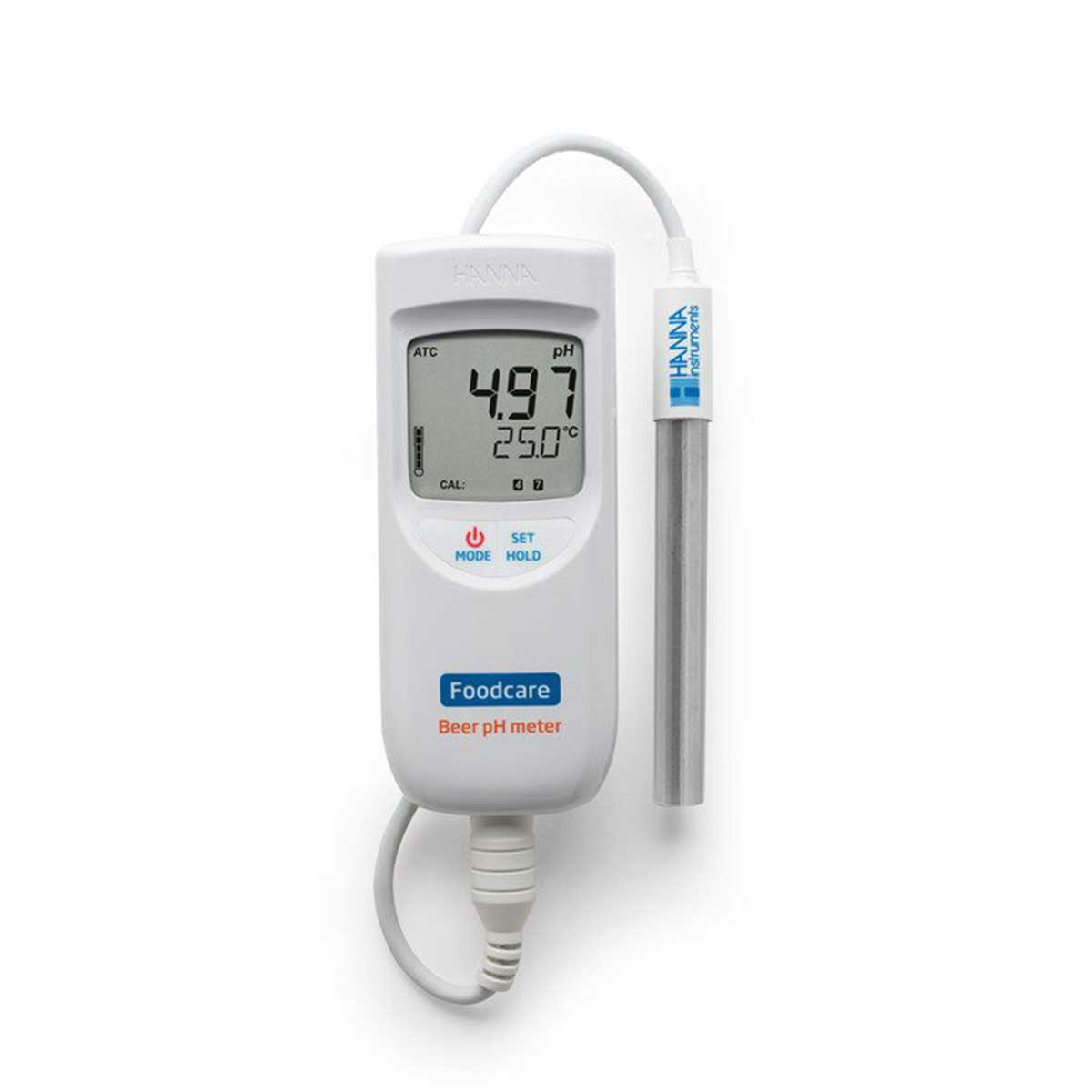 pH is measured at various points during the brewing process. This electrode is intended to measure the pH of the mash for the optimization of starch conversion. The enzymes required to convert the starch into sugar are pH-sensitive with an optimal pH range between 5.2 and 5.6 pH. Different compounds are used to adjust the pH including phosphoric acid, lactic acid, and gypsum.

Wort clarity and break formation are also affected by pH. Protein coagulation occurs during wort boiling, where the optimum pH is around 4.9, even though a common boil pH is 5.2. A pH that is too high will not only inhibit coagulation but also promote browning due to the interaction of amino acids and reducing sugars.

As a living catalyst, yeast maintains a pH around 6.5 within its cells; however, the preference is to inhabit a more acidic environment. During the fermentation stage, the pH should be lower to accommodate the yeast and also to ensure microbial stability and consistent flavoring of the beer; an optimal pH range during fermentation is between pH 4.1 and 4.3.

This pH electrode can be used to measure the wort before and after boiling. It is important to note that if used after the boil that the wort be allowed to cool to below 80 oC (176 oF) in order to prevent damaging the sensitive glass. 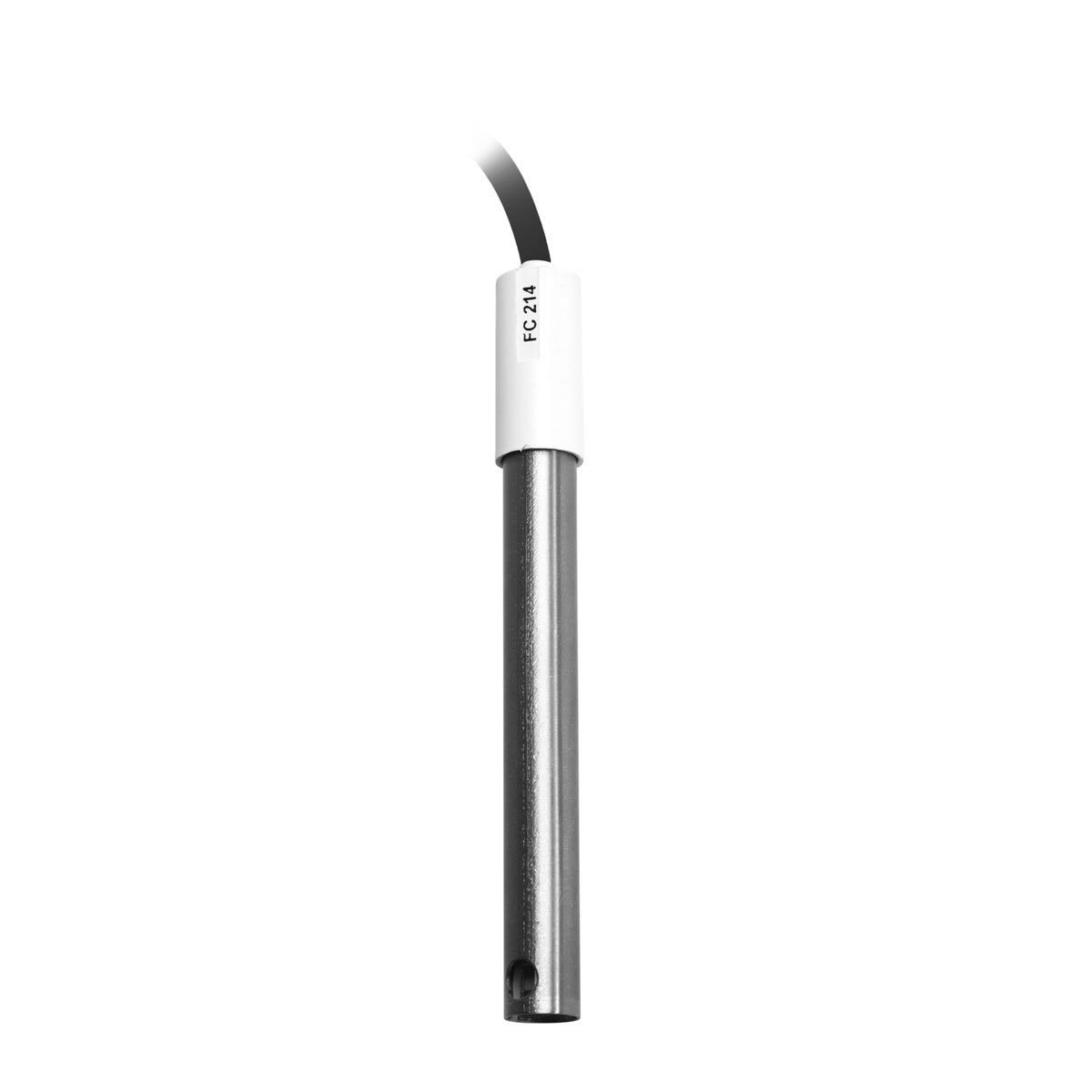 The HI99151 uses the FC2143 amplified pH electrode with titanium body. This specialized electrode offers numerous features that improve pH testing in beer. An integrated temperature sensor allows for temperature compensated pH measurements without the need for a separate temperature probe. The probe’s flat sensing tip has a wide surface area for measurement in aqueous solutions.

A typical pH electrode has a junction made of cloth material. This cloth material can be easily clogged by samples such as mash, which has a high solids content, or wort, which is viscous. With the cloth junction of the FC2143 it is possible to clear any obstruction by simply extracting 1/8” of the junction from the electrode. This exposes a new, renewed portion. 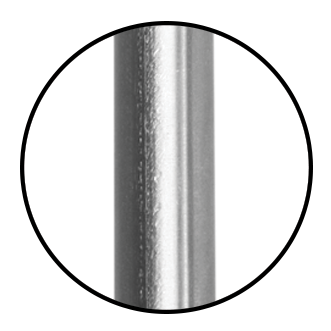 Titanium construction provides an unbreakable structure and allows the transfer of heat to the internal temperature sensor for rapid temperature compensation. 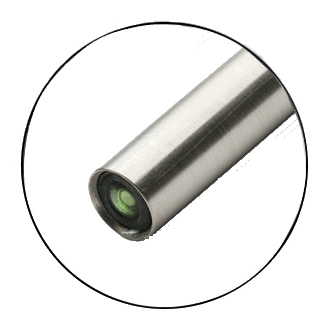 When readings are erratic or unstable, a small portion (1/8”) of the extendable cloth junction is pulled out to expose a fresh new surface.

Error in calibration and measurement are eliminated with the Automatic Temperature Compensation provided by the integrated temperature sensor.

Check items to add to the cart or